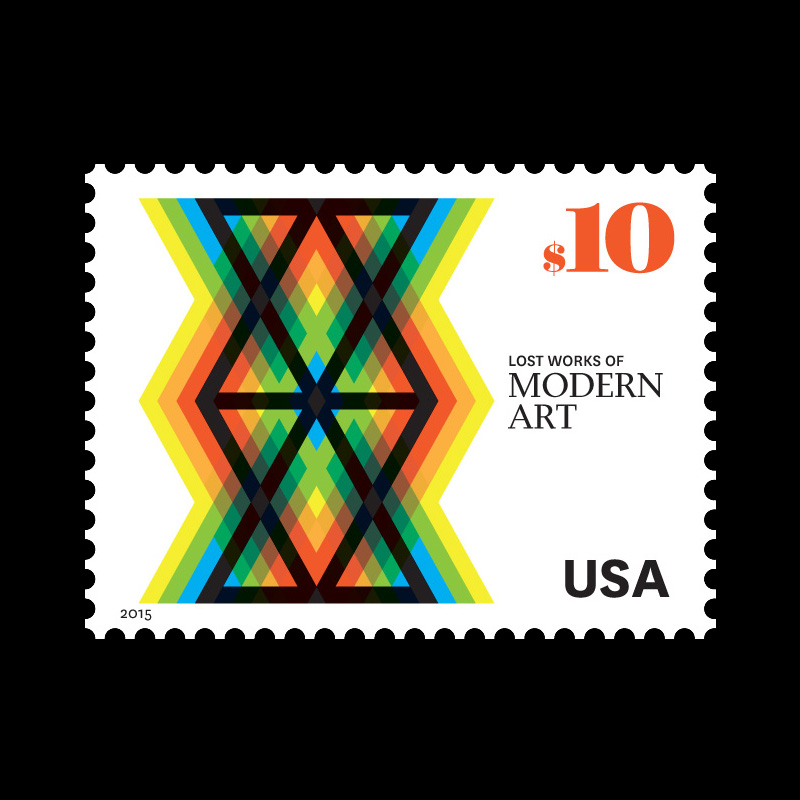 Uppercase magazine asked its readers to submit designs for postage stamps. I submitted these four and the first one was selected to appear in the magazine. None of these stamps were actually produced. Uppercase just asked people to imagine what they would like to see on a postage stamp.

This stamp concept was inspired by the lost works of Leo Bates, an artist who in the 1970s turned his back on the New York art world to hole up in his Brooklyn studio, never to sell another work. When he died in 2013 he left behind a trove of colorful, geometric, deceptively complex work. When I read about him I wondered what other pieces of our culture have yet to be discovered, and designed this stamp in honor of those lost (and found) works. 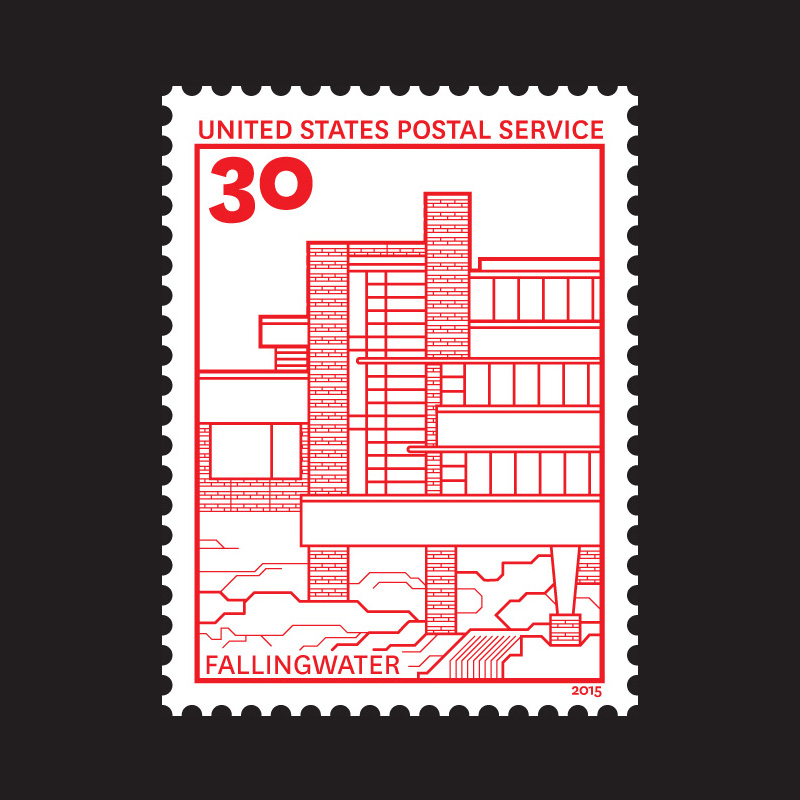 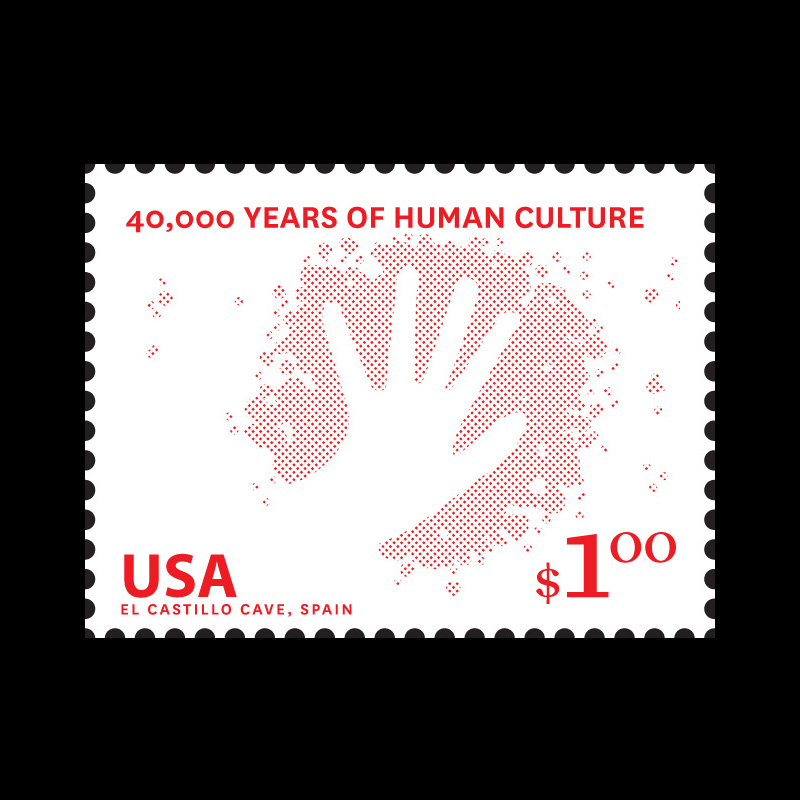 I like when stamps celebrated human achievement. Batman and hotrods make fine stamps but I think it’s great when stamps remind us how amazing human culture can be. So I thought what were some amazing cultural acts? The first ones… Putting a hand on a wall and saying, “I am here.” I know its a US stamp concept marking a Spanish place, but we’re all one people, right? 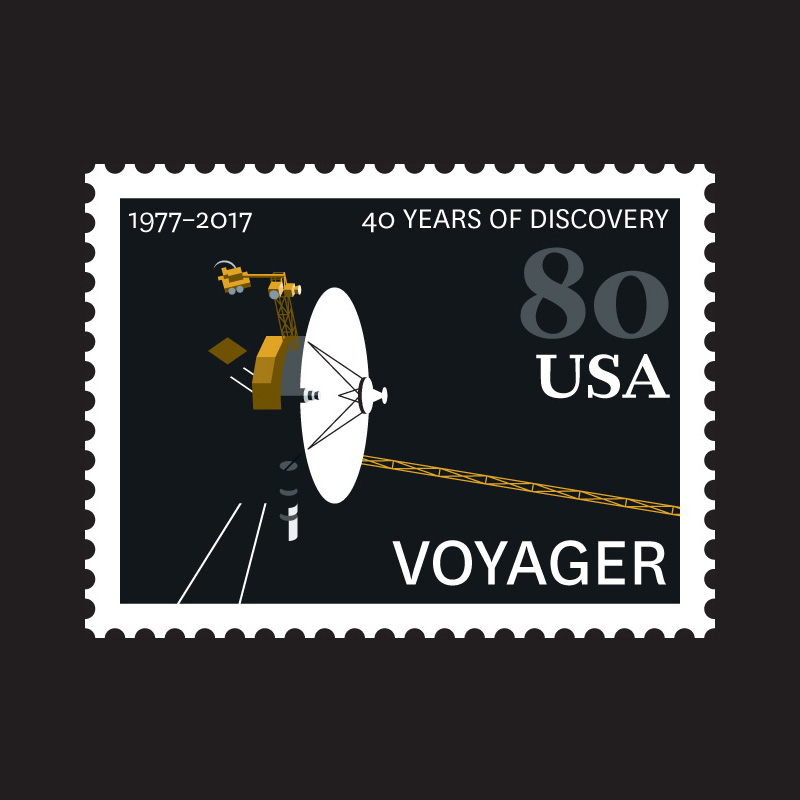 This stamp design celebrates the Voyager spacecraft, the first to leave the solar system, which, by 2017, will have been exploring space for 40 years.