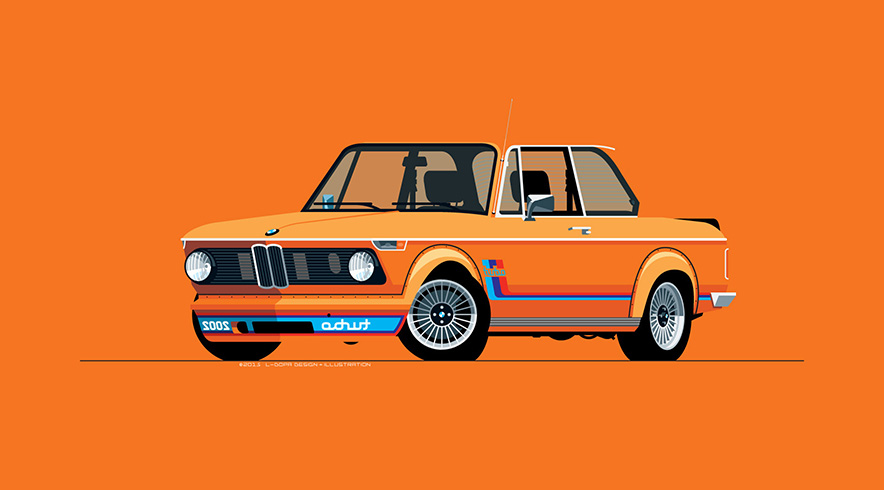 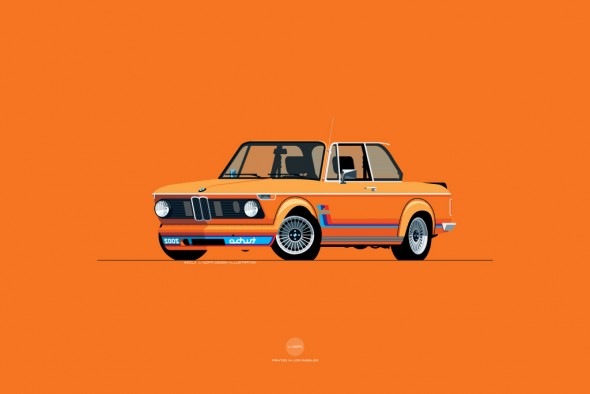 In 1973, at the Frankfurt Motor Show, BMW launched a top-of-the-line version of the its crisp handling 2002, the 2002 Turbo. It would be the world’s first fuel-injected, turbocharged production car.

With wide fenders and a war-painted front spoiler, the ground-breaking 2002 Turbo made a strong statement and, at the time, a controversial one. A mere month after BMW announced this in-your-face, performance machine, the OPEC oil crisis hit. When it reached showrooms the following year in 1974 the general public thumbed its collective nose. BMW enthusiasts, however, couldn’t help but cheer.

Even the reversed “2002 turbo” script on the front spoiler caused an uproar. It was intended to notify drivers, through their rearview mirrors, that an autobahn heavyweight was fast approaching. The implication? Get out of the way! This proved too provocative for the German government which threatened to ban the car. BMW demurred and offered the Turbo without its telltale graphics, though many drivers added them later.

Despite its outward bravado, the Turbo was a sensitive beast. If autobahn sessions were too fast, for too long, the engine could overheat causing head gasket failure.

The iconic car was produced for only two years. Just over 1,600 cars were manufactured. Today the 2002 Turbo has stood the test of time not only for its power, handling, and bold looks, but as the car that ushered in the modern, turbocharging era.